We live in the time of capitalism, no one can deny that!

Yeah, but who’s right? Both, but no one at the same time!

As with all things in this pointless world, it’s neither white nor black, but mostly grey—and this is what happens with truth.

No, I don’t mean that the truth is grey, you smart-ass. What I mean is that it’s just somewhere in the middle.

Capitalism has its positive and its negative characteristics.

One thing is certain, though:

• CAPITALISM DOESN’T GIVE A FLYING FUCK ABOUT YOU •

Wow there—you must be thinking—we have a capitalism hater over here!

Anyway, now’s not the time to talk about myself.

As you’ve (hopefully) understood by now, the purpose of a corporation is not to make you (as an employee) happy, nor to make you rich.

The primary purpose of a corporation is to make its shareholders happy.

How does it achieve that?

Using my amazing mathematics skills, I can understand that profit can be achieved through two actions:

Either by raising the revenue, or by lowering the expenses.

Let’s focus on the second for now…

The larger ones actually use experienced outsourced consultants which carry out Cost Out Projects.

*Cost Out Projects = Projects that study what costs must a company minimise to lower its expenses.

And one of the biggest costs of a business is…

(Do you see where I am getting at?)

So, if the numbers say you must be fired, then you’re getting fired!

Remember: It‘s not personal, so you shouldn’t take it personally! As we said before, the objective of a company is to have profit.

You believe it won’t happen to you?

The risk of losing your job is and will always be there.

Just look around you…

Hmm… Maybe it is!

Does anyone care about the family that you need to support?

(Besides you, of course)

If it does happen, what will you do?

Will you do the same thing that the majority does?

You’ll get out and complain loudly that it was unfair and that you didn’t deserve it, and you’ll demand that someone else finds a solution to your problem?

How will you do that?

By building an Emergency Fund!

That will be a helping hand in a tough moment, and on the same time, it’ll be your support, your safety net, and it will give you time to get over that tough moment!

The only way to win at a game is to learn to use its rules to your advantage!

What did we learn from my rant just above, then?

What is an emergency fund?

An Emergency Fund is exactly what the name suggests, it’s a Fund for Emergencies!

It’s capital that is kept in a different bank account which you’re allowed to use only in emergencies.

Think of it like that little hammer that buses have so you can break the glass in case of an accident, so you can escape.

(Yes, those that you used to steal when you were younger—I know you did! What are you looking at?)

It’s always there, but you’ll use it only if you need to!

Why do you need an emergency fund?

If you haven’t realized it yet, life is full of setbacks and problems.

As Murphy has said (and I’m almost sure it wasn’t Eddie):

“Whatever can go wrong, will go wrong!”

The emergency fund comes, just like that little hammer on the bus, to give you the solution for such emergencies.

It’s what will help you stand on your feet in a difficult moment and will give you the safety net and the support you will need to overcome it.

How big does my emergency fund need to be?

The amount of money in your emergency fund is only depended on your risk tolerance.

In general, a rule of thumb is to set aside money that can cover your monthly expenses for at least three months.

For a logical amount of time during which you’ll probably find a new job or another source of income.

I personally follow the unofficial rule and keep a fund that can sustain me for 3 months, in a different bank account.

Before I bid you goodbye, I have something for you!

(If you have already done it, then I’m proud of you!)

Open an Excel sheet and write down all your expenses for this month!

First, it’s for your own good, and second, you’ll be surprised!

Finally, it’s an indicator of the emergency fund you will start getting together… starting tomorrow!

I’m waiting to read your comments!

Do you have an emergency fund?

If you don’t, do you think of getting started?

If yes, how many months’ worth of expenses do you plan to cover?

Has it saved you during a tough moment? 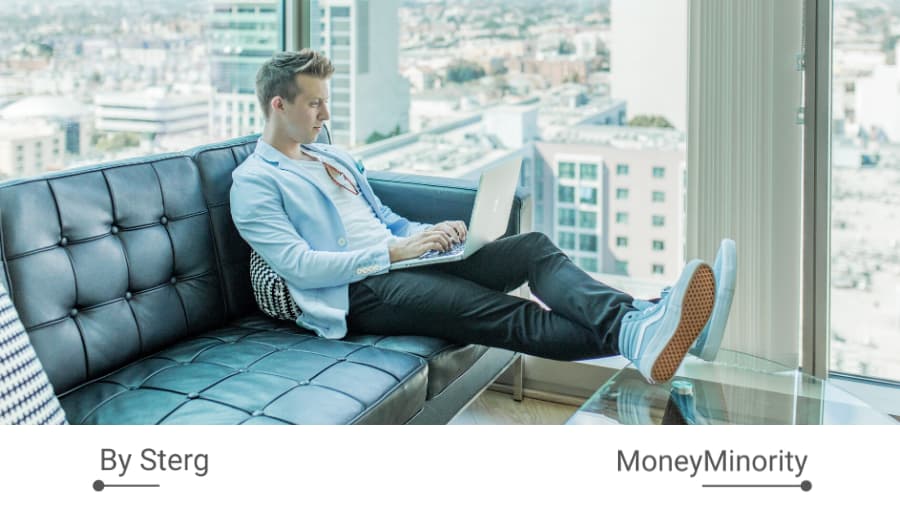 How to Become Rich [Undestanding the 3 Types of Income]